The Death of Traditional Advertising 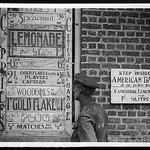 Outbound calling, with notable exceptions, has virtually disappeared. Once a staple of direct marketing, telephone marketing was decimated by the introduction of the do-not-call lists. There have been a few exceptions, such as political robocalls and the emergence of calling to cellphones. However, For most businesses this is no longer a convenient way to reach customers.


This is the first in a series of articles that examine the evolution of advertising and technology. Any discussion of technology and advertising can lead to a chicken and egg issue: does technology drive changes in advertising, or does advertising drive changes in technology? In this series we will put our central focus on advertising and look outwards. A focus on technology would be equally valid, but it has been done many times. We look at Google, Facebook, Twitter, and Amazon and consider the new opportunities they offer for advertisement. In this series we will consider advertising as a force that can offer opportunities for new technologies and businesses.
Yellow page advertising was another traditional tool that has become less useful. As consumers turn to the Internet to find businesses, the effectiveness of a yellow pages ad has dropped.

Television advertising once was simple. Everyone in the United States watched three networks, and if you were on those networks you could reach your target audience. Fragmentation has had a significant impact on television advertising. Not only are there many more channels, but more of those channels are offering original programming. You can watch original shows from providers such as USA, TNN, HBO, Netflix, The Discovery Channel, and even on Youtube. This fragmentation does make it easier to reach specific demographics, but it makes it difficult to touch broad markets. In order to reach the customers in a specific metropolitan area, you will need to consider over-the-air, cable, and satellite coverage across many different channels. And with the advent of Digital Video Recorders (DVRs), television advertising may be futile. Some estimates are that about a third of households have DVRs and many of these people use that technology to skip commercials. Arguably, those who have DVRs are the consumers with the most disposable income, so the loss in reach is significant.

Radio advertising is also under assault. Listeners now have many more choices. Many drivers plug their iPods directly into their stereo systems. In the back seat, the kids may be listening privately to their own ipods, or to a video. Other new options include satellite radio, audiobooks, and streaming music to smartphones. One study revealed that teenagers in Canada listen to twenty-five percent less radio than the average listener.

Drastic drops in newspaper circulation have made it a less effective medium. Newspaper ad revenue has dropped by over 60% in the last five years (Huffington Post).

One of the few remaining traditional vehicles is direct mail, but does it have staying power? Two factors may eventually undercut the use of mass mailings. First, the cost of mailing may increase. There has been a precipitous drop in first class mail. As the post office adjusts to this trend there will inevitably be an impact on mass mailing. As one consequence, mass mailing costs may increase when airmail no longer supports some of the base mail infrastructure. Secondly, I speculate that 'green' proponents may eventually turn their attention to the vast amount of junk mail filling our landfills.With electronic alternatives existing, I suspect that long term social pressures will drive down the attractiveness of unsolicited direct mail advertising. Perhaps, activities will emerge that are similar to the do-not-call lists, and do-not-track regulations working their way through our government bodies. Of course, not every technique is disappearing. Billboards appear to be continuing to be strong performers. Newer forms of advertising in the electronic world are emerging, and don;t count the traditional world out. For example, there is no doubt that television advertisers have some choices to adapt to the new world. However, there is no question that the advertising world is changing. Perhaps a more important question is how these changes will affect the rest of the world. Advertising dollars fund many activities, and when those dollars move to new forums, how will that affect our economy. Stay tuned for more articles as we explore these changes.
Posted by emellaich at 1:00 PM